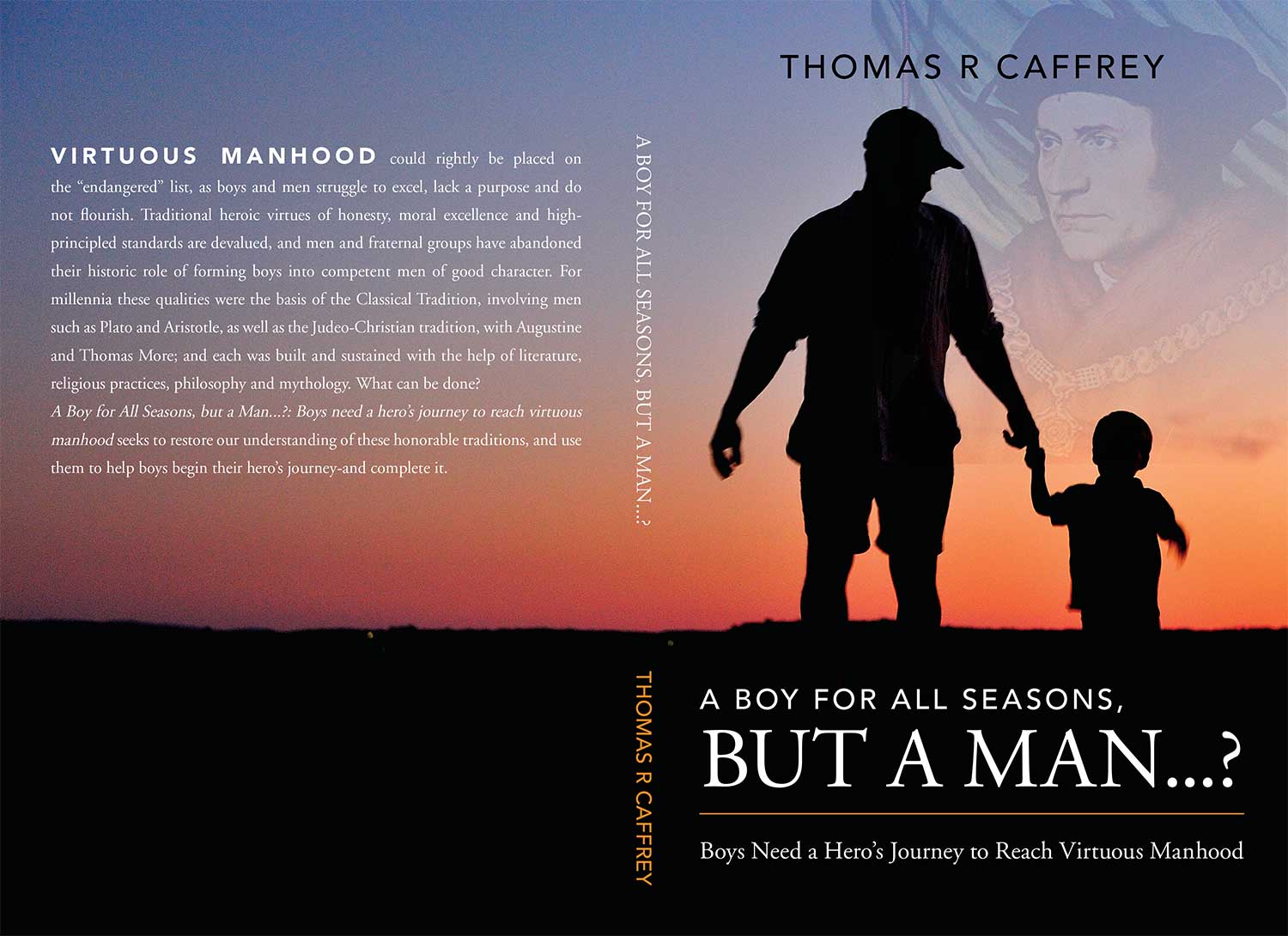 "Caffrey has come up with a wonderful recipe for people of faith, by explaining how Rites of Passage and the Hero's Journey are time-honored, universal patterns and paths for boys to follow into manhood. Many people initially imagine indigenous cultures when thinking of "Rite of Passage" (ROP), and the majority of them are incorporated into the local tribe or town's core practices and beliefs. The ROP of youth were the glue that held communities together. They were sacred, spiritual, time-tested models that marked the end of adolescence. The entire community celebrated a new generations of men.

"Caffrey points out that modern communities, including those of faith, are often not attached to any ROP experience but should be. Most modern american ROP programs for teen boys lack the spiritual or faith component, and are offered outside their immediate community by for-profit organizations, residential treatment centers for teens and other mentoring-based models. Many are quite good, but disconnected from other areas of the boy's life. Most ROP work done in America is done separate from the community's knowledge.

"Churches and other faith-based models are prime communities for creating ROPs for its boys. Caffrey has illuminated a clear path of how to combine the two approaches."
Bret Stephenson, author: From Boys to Men: Spiritual Rites of Passage in an Indulgent Age

"I heartily recommend Tom’s book for fathers, mothers, young women and young men. It contains true wisdom. The subject is crucial for our times. Thank you for writing it."
Bud Macfarlane Jr, Novelist and Founder of CatholiCity.com and the Mary Foundation