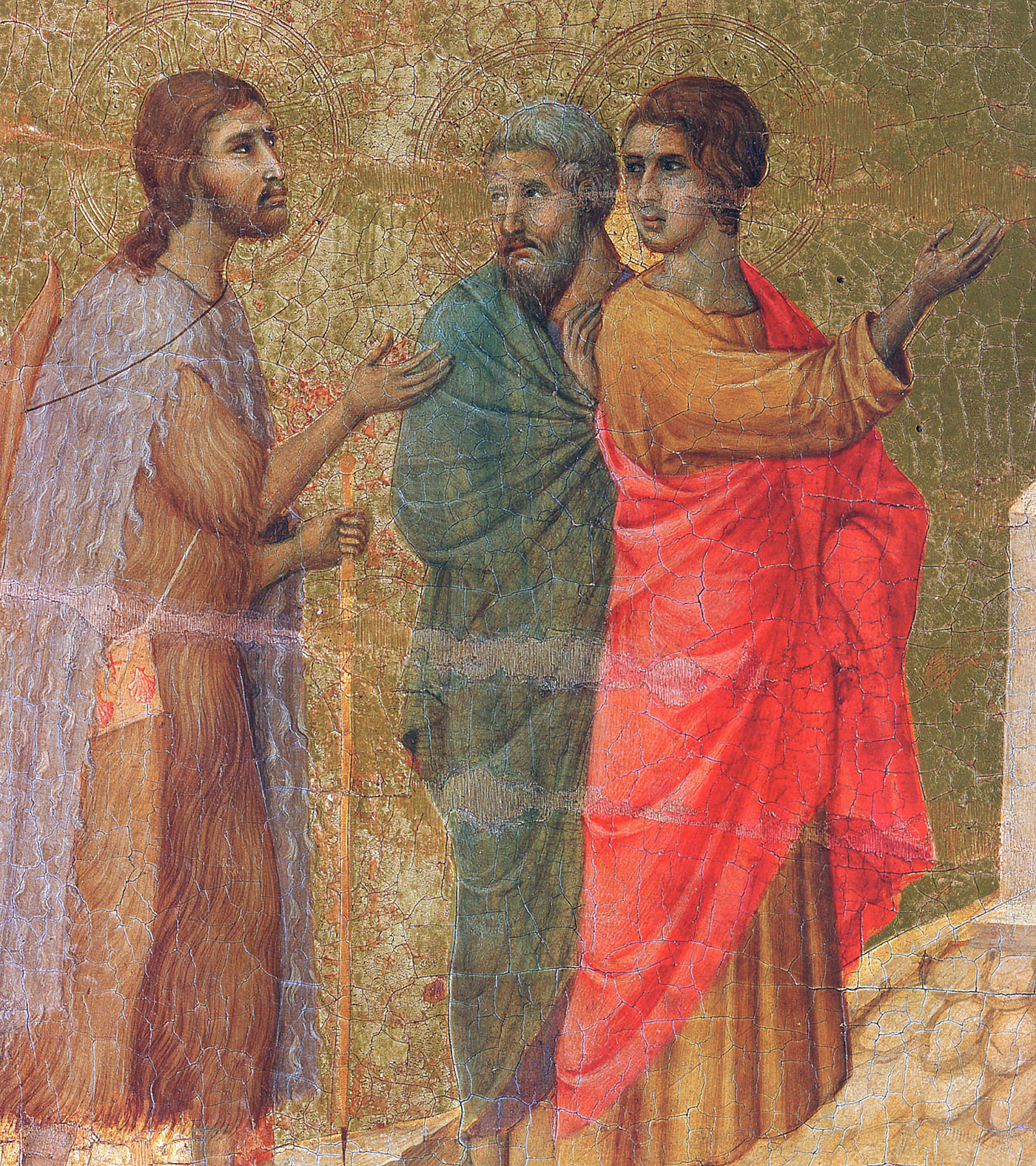 The Road to Emmaus by Duccio di Buoninsegna

This image represents the passage from Luke’s Gospel (24:13-35), in which Jesus joins two of his unknowing and demoralized disciples making their way from Jerusalem not long after the crucifixion. This passage is a perfect example of Divine Revelation, since it is Jesus–the Eternal Word–revealing the truths of Sacred Scripture (Liturgy of the Word) on his way to breaking bread with his co-travelers (Liturgy of the Eucharist). This passage exemplifies so much about Christ and his love for us, such that he is–once again–willing to humble himself to our level so that he can accompany us and ease our confusion, sadness and suffering. One overarching theme from this passage is “Good from evil.”

Christ’s passion, death, resurrection and ascension (the “Paschal Mystery”) gives us much fodder for spirited conversations, something that countless numbers of people have had over the past 2,000 years. I want to put this theme (the Paschal Mystery as good from evil) into the context of today’s covid pandemic and the three vaccines. 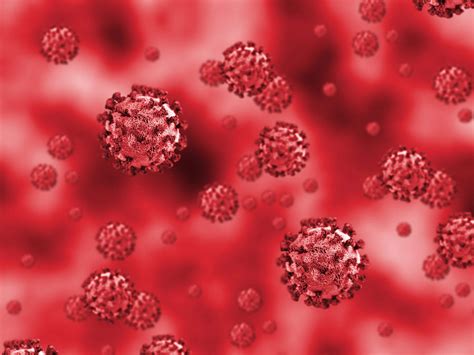 Awhile back, a friend, fellow parishioner and overall good guy sent me information to support his opposition to the covid vaccine, concluding with his assertion that neither he nor his large family would ever take it. The main reason that he and many of my fellow Catholics have cited for this opposition is the association of the vaccines with an abortion that occurred in 1970. The secondary reasons he expressed included distrust in both “Big Government” and “Big Tech” about the vaccines (maybe in cahoots in a conspiracy?), and that the disease was essentially a flu and is 99% survivable. 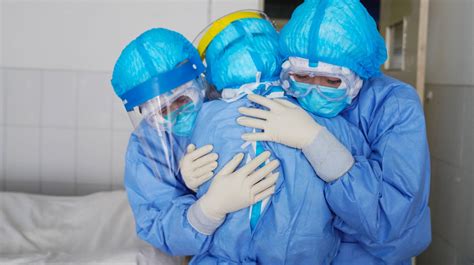 In my response, I noted that the relatively low mortality rate only tells a small part of the overall truth about the virus. Covid 19 is novel and virulent, and humans have no preexisting immunity to it. It causes more severe disease than does influenza. The high survivability of Covid says nothing about the massive suffering associated with it, such as psychosocial harm for patients, nursing home/assisted living residents, families and health care professionals; lost productivity, business failures and national debt; and, severe, varied and chronic diseases. The staggering financial costs take money that could have gone to the poor around the world, to help ease their suffering. 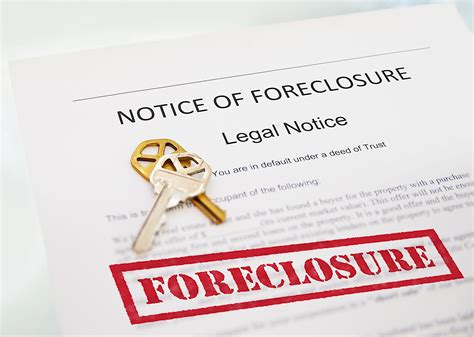 The tenets of Catholic Social Teaching make clear each person’s responsibility to lessen the suffering of others and improve their quality of life (all based upon the Gospels!). 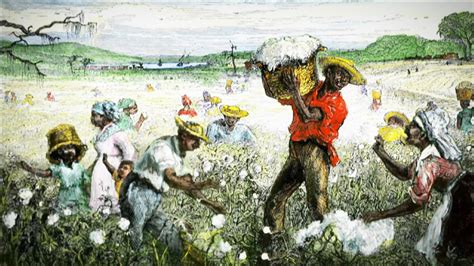 Opposing the vaccines because of their link to an abortion 50 years ago makes me wonder how those in opposition could continue to use cotton products or ride a train, since both resulted from the evil of enslaved and brutalized peoples. Bringing it even closer to home, many products we use every day in our kitchens and bathrooms have also been tested with the same immortal cell line from that abortion. Both examples have a direct line from human suffering to the product. So, to be intellectually consistent, you had better get out the large garbage bags, empty out much of your homes and then prepare to live very differently.

What of the massive suffering of people who either do not know Jesus Christ or who do not believe in him? Do Christians want to assign all Hindus, Buddhists, atheists etc to an early grave? They, too, are God’s children. I’m sure some of those who have a literal interpretation of “extra ecclesiam nulla salus” (“no salvation outside the Church” Catechism 846-848) believe that. And what about the many non-Christians who infect Christians?

I went on to explain the following about the immortalized HEK293 fetal cell line, as outlined by Pro-Life Catholic Scholars of the Ethics and Public Policy Center  and others:

How many products used in your household and mine have more than an element of immorality, because of the many documented cases of large-scale 3rd world human suffering resulting from their production (iPhone, as just one example).
The stunning overall success of the three vaccines, the result of man’s God-given brains, makes me think of them as being a great good that has come out of an evil.
Recently, this same friend shared with me a commentary published in Crisis Magazine, in which the writer made clear his opposition to Pope Francis’s Apostolic Letter concerning the Latin Mass, “Traditionis Custodes”. You might think I’ve lost my place at this point, having begun within the context of Covid but moved to the Latin Mass; but I haven’t. I only refer to that opinion piece in this opinion piece, because of its opening paragraph and how his use of it inadvertently supports the use of vaccines by Catholics as a preventive measure against the virus. The writer opens by quoting a fundamental truth of our faith:  “If we believe, then we believe in the Lord’s permissive will as well as His active: evil is permitted on the grounds that it will give rise to greater good. This belief, though one of the most difficult in all theology, is also a comforting one as we take stock of crises.”
That excerpt, in addition to all that I’ve written beforehand, begs the following question: “How can a faithful and informed Catholic oppose the vaccine on religious grounds?” God allowed the evil of that abortion (sacrifice of one life) on the grounds that it will give rise to a great good (a miraculous vaccine that has already saved many more lives). If the prior statement doesn’t remind every Catholic of Jesus Christ, then our catechesis programs have even more catchup work to do. This is the Paschal Mystery, one that underpins our faith! The Jews wanted Jesus of Nazareth executed and the Romans made it happen; however, the world’s collective guilt from sin is the ultimate cause of his death. Thus, we aborted Jesus’s life, in the greatest evil and tragedy. But, look what came from it: our salvation! So, God’s permissive will allowed this death, that from it could come the greatest good to humanity. God has vaccinated us against eternal death, with the actual cells from Jesus’ sacrificed body every time we receive the Blessed Sacrament!
All too often, disagreements about a subject become personal, leading both sides to become defensive about their positions without concern for any merits of the other’s. Each side wants to score enough points and win the argument, without realizing that they have probably lost any hope of “winning” over the other person because they acted without charity. I have done that too many times, as the confessors in my life could rightly attest.
Sometimes we have to fight about an issue, because of great harm done by the other’s position; and that may be our place as of this writing. The continued strain on our small businesses from the lockdown, on our social services from the overall fallout, and on our healthcare systems hospitals, nursing homes, etc) around the world, results from the unvaccinated (they make up the vast majority of the severely ill and hospitalized). The cost of treating them uses up precious resources, a consumption that the vaccine would have made unnecessary. That goes against the Common Good and, therefore, Catholic Social Teaching.
Do I want my friend and those like him to take the vaccine? Yes, but not out of a desire to win the argument but out of the filial and Christian love I have for him and for them–my fellow children of God.
What would Jesus do? What would Jesus say?
Amen