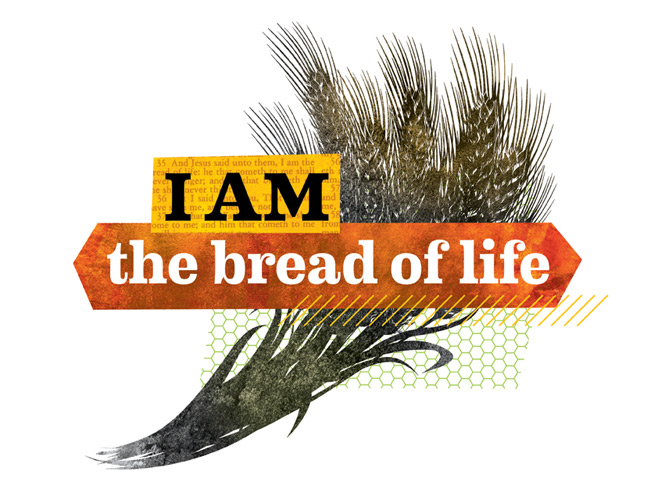 The Bread of Life

"I am the bread of life," proclaims Jesus to his disciples in the Gospel of John. Before we explore this most special Bread, let us take a closer look at the "I am," ("Eigo Emi" in Hebrew) which begins this declaration. That self-referential phrase, that I explore in an earlier post, echoes in affirmation the "I Am" of God in Exodus 3:14, words that the Creator uses while speaking with Moses, as well as in Deuteronomy and Isaiah. By using this phrase, Jesus identifies himself as one with the God of the Hebrew Scriptures (Old Testament)--his Father. This "I Am" language makes clear the power behind Jesus' words, as they therefore indicate he has the same authority as God when he speaks to the Hebrews--and that he is equal to God. However, his love and honor for his Father is also made clear by his eagerness to do his Father's will. This connecting language of the Old and New Testament made a big impact upon me, helping to deepen my understanding of Jesus' divinity and his relationship with the God of the Old Testament, and how the books of both Testaments relate to each other--because they most definitely are related despite being centuries apart.

Now let us consider the "Bread" offered by Jesus. In the 6th chapter of John's Gospel Jesus performs another miracle, when he feeds 5,000 people after having been given only five barley loaves (and two small fishes). 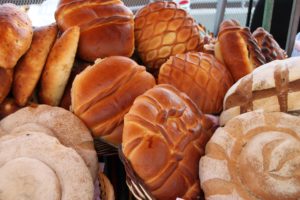 This is the only one of Jesus' miracles that is recorded in all four Gospels. We can again see the relationship with the Hebrew Scriptures, by recalling how Moses interceded with God to have him feed the Israelites with manna from Heaven, as they made their way out of the wilderness. In a way, Jesus becomes the new and improved Moses much as he became the new and improved Adam. While Moses helped ease the hunger of his people as he led them to freedom, his help was only temporary; that's because the manna was limited, and their subsequent sin led to death. 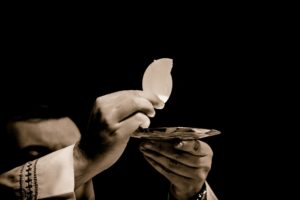 Jesus, on the other hand, offers us permanent relief from hunger as well as ultimate freedom. He accomplishes this by making himself the everlasting bread, and by freeing us from the bondage of sin when we eat it. But just as God did not program his human creatures to love him, Jesus does not compel us to believe in him and his promise. Faithful Catholics are such because we freely choose to follow Jesus, and therefore continue the ancient tradition of believing the host (bread wafer) to be him--literally--a sacrament (sacred gift from Jesus) that is "the source and summit of the Christian life" and toward which all aspects of the faith are oriented. The purpose of the freedom Jesus offers us is not to allow us to do whatever we want, but to allow us to seek the truth of our existence (Jesus) and live an abundant life with him.

Bread has been available for thousands of years, and has long been know as the "staple of life." One of mankind's more pleasurable experiences is to smell freshly baked bread, right after it emerges from the oven, and then tear off a slice in order to slather it with butter. I know it isn't divine, but it seems close! Still, I cannot recall the feeling of my last experience with that bread, because it never lasts. Instead, I know--and believe--that the Bread I taste at every Mass is with me...forever.