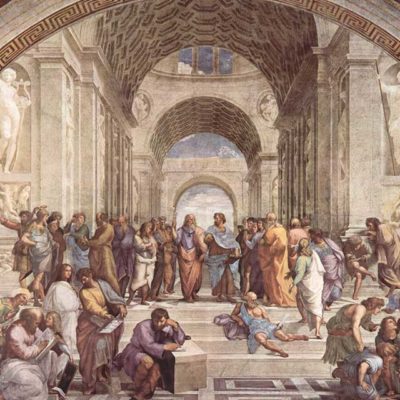 In this painting, the Renaissance artist Raphael portrays the great philosophers of ancient Greece. While the great thinking of all helped build the foundation of Western Civilization, it was Socrates, Plato and Aristotle who became—and who remain—the central figures in logic and philosophy. Raphael affirms their centrality, by portraying them at or near the middle of his work and rendering them in discussion.
Read More 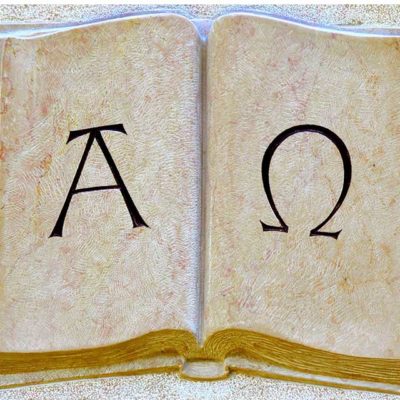 “I Am the Alpha and the Omega,” says the Lord God in Revelation 1:8 By this statement Jesus the Christ (the Anointed One) does not indicate that He is the first and last letters of the Greek alphabet, or that He wants us to worship those letters as representative of Him. Rather, through these representative letters He asserts His Being as the origin and destiny of creation as the Word of God.
Read More